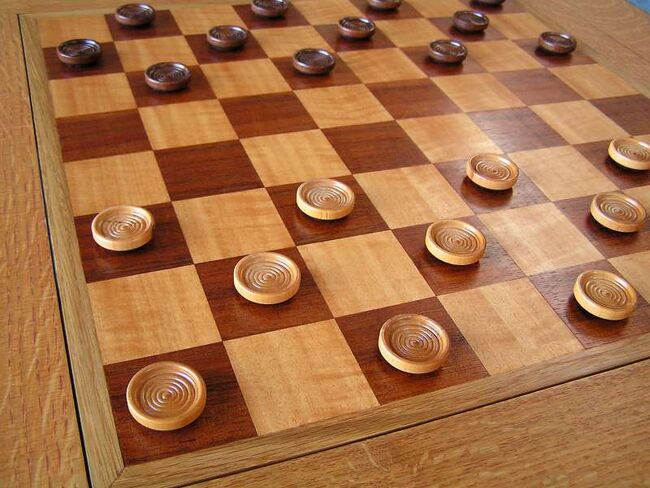 We all play checkers at some point in our lives mostly likely.

If you do not understand what checkers is, you should not be on this fucking wiki. js

However, for the girls, losing their checkerinity is like painful or something because idk.

Guys are just there like herhehrehrhe I lost my checkerinity no big deal.

Some people refer to this as losing your checkerpieces. For example "Did you hear Allison lost her checkerpieces to her boyfriend Mr. Dr. Fudge Person Thing?"

People Who Have Played CheckersEdit

Marco and Mini are known for the checker games with each other. They love playing checkers wherever they can and sometimes they don't care if people catch them playing checkers because they get so caught up in the game they can't tell.

They are also dating so of course they play checkers, I mean duh.

She plays checkers too.

He loves playing checkers. And chess, too.

She must like playing checkers too because she played the other day.

She plays checkers with boys and girls.

She likes playing checkers but no one wants to play with her, so she just forces them to play checkers.

Retrieved from "https://lizzaydizzay.fandom.com/wiki/Checkers?oldid=5151"
Community content is available under CC-BY-SA unless otherwise noted.